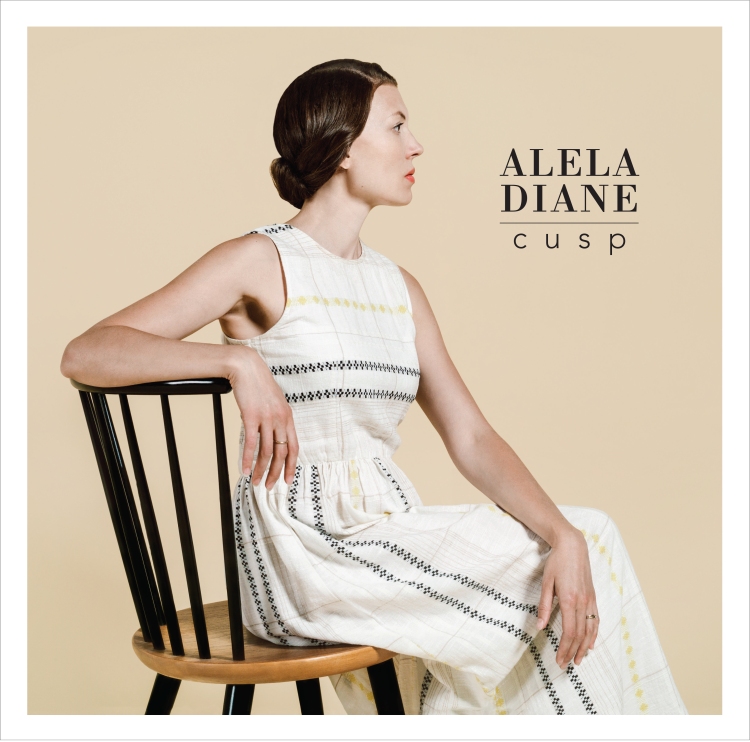 Parenthood has a way of bringing everything into perspective—but as any parent will tell you, perspective and certainty are hardly the same thing. Folk singer Alela Diane bears witness to this on her elegant new album Cusp, a song cycle that meditates on motherhood and all its attending paradigm shifts. “Certain things cannot be explained/ Even when you’re on the other side,” Diane sings, and she does sound like someone who’s been through something; now a mother twice over, Diane is cognizant of how time’s changed her, but also keenly aware of how much she still doesn’t know. Across 11 songs of experience, she testifies to her accrued wisdom and lived revelation, but also displays enough humility to simply abide mystery: To love another human with a mother’s ferocity—and to be loved and changed in return—is a depth none could hope to plumb.

Diane’s career has intersected with some of the woolier fringe of the contemporary folk and Americana scenes—she’s performed with Joanna Newsom, Blitzen Trapper, and Fleet Foxes, among others—yet Cusp is a remarkably clean record, exhibiting restraint and formal control. Diane delivers her songs from behind a grand piano or an acoustic guitar, opting for sharp enunciation over wobbly tremolos; working with producer Peter M. Murray and an agreeably low-key studio band, she combines the delicacy of folk music with pop’s melodic robustness. The record’s unostentatious sound allows the lyrics to do the heavy lifting, yet there’s plenty of color along the margins: Stately opener “Albatross” is warmed by the gentle swell of a brass band, while “Never Easy” has a wispy romance that’s close to country-rock. “The Threshold,” opens with flute and hand percussion, mimicking the intimacy and closeness of a bossa nova tune, while “Ether and Wood” has the nimble touch and courtly sweep of a Carole King song. It’s an album of consummate craft and loving detail, and Diane sounds sure-footed even when she’s singing about her life in the whirlwind.

Motherhood is sometimes the object but always the precipitating action in these songs, and one of Cusp’s most valuable yields is its industrial-strength empathy. The parent’s selfless service is an antidote to narcissism, and Diane flexes her broadened moral imagination in songs that joy in seeing things from alternate points of view. “Song for Sandy” is a woebegone tribute to the late Sandy Denny (her voice, “like water from a snowmelt stream,” is a common aesthetic touchstone for Diana herself). It looks back on her death from the vantage point of the daughter she left behind, and quietly rages at the world’s dark fatalism. “Nothing could be done,” Diana sings, a surge of anger roiling the song’s good manners, sending tremors through its pensive reserve. The flinty “Émigré,” quietly propulsive, considers the dangers in the refugee’s plight, all from the vantage point of mothers risking all to give their sons and daughters a better life. But the most seismic revelation is closer to home: In the windswept “Never Easy,” Diane admits to the friction that sometimes exists between mothers and daughters, then acknowledges how having a daughter of her own helps her cherish her mother’s imperfect affections even in retrospect. Cusp is not an album with jokes or one-liners, but this song has at least one time-stopping admission of holy insight: “Oh, my mama, I understand now/ That you’ve always loved me more.”

Such riches of compassion can only be forged by time and struggle, and that’s really what Cusp is about—even its title suggesting a singer who’s straddling past and present, ever in mid-transformation, on the verge of a bigger world and a wiser self. Glen Hansard’s most recent album posits time as a healer, but on Cusp time is something like the prime mover, a crucible for newness and growth. “The Threshold” is a time machine; its narrator stands “in the threshold of two white rooms,” one filled with images of her past, the other visions of the future. (Each room represents “something I hold true,” Diana says.) It’s a song about becoming, about how we’re the sum of our histories as well as our destinations. And yet the album also longs to be free from regret, from lineage, from the places we’ve come from; “Don’t ask me ‘bout the places I’ve been,” she offers on “Albatross,” wishing she could soar high above the “tailwinds” of memory.

There’s humility behind Diane’s insights—she’s discovering, not disclaiming—and her slant toward metaphysics is grounded in songs about motherhood’s concrete particulars. “So Tired,” a chamber folk song tailored with unpropitious string accompaniment, is a report from the front lines, and immensely rewarding for its representational value alone; how many other songs can you name that chronicle the physical fatigue that new moms face, while also celebrating their willingness to give so much and so freely of themselves? “You call for me in the dead of night and I come,” she sings, sounding weary but purposeful. And “Wild Ceaseless Song,” a buoyant turn behind the piano, is the record’s perfect capstone. Here, Diane confronts eternity’s roar; she’ll come and go, and what passes in between will pass all too quickly. “And the days move slow/ But the years do know/ That time couldn’t move any faster,” she sings. It’s a sentiment we’ve all heard, but only a mother could really know.