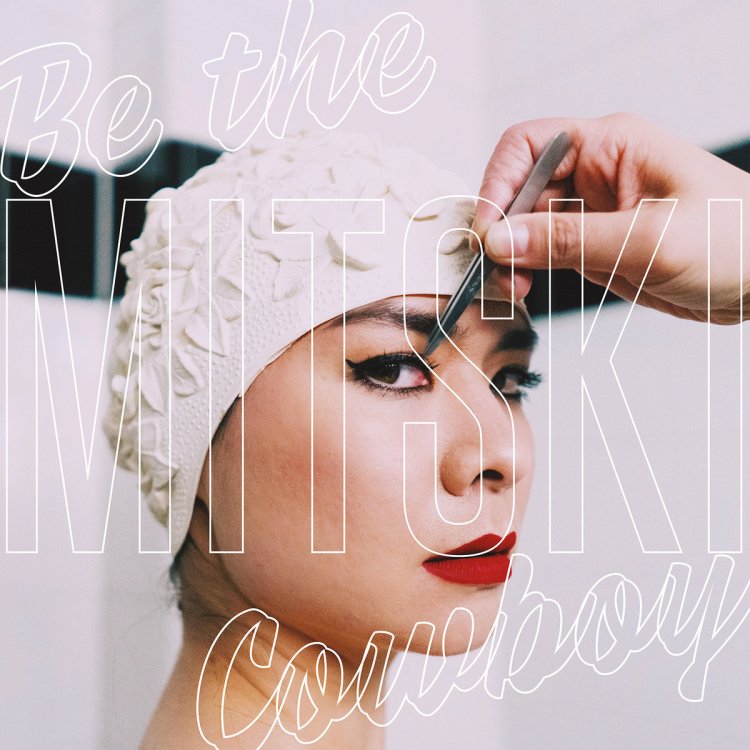 Mitski Miyawaki is not a science fiction writer, but you may as well put her albums on the same shelf beside the collected Philip K. Dick or Ursula Le Guin—all three of them purveyors of alternate reality. Her sixth and sharpest album, Be the Cowboy—cheeky and devastating, immaculate and exhilarating—is largely concerned with what might be and what might have been; characters either pine for a different world, or rue the one they let slip through their fingers. Just consider the bookend tracks. The opening “Geyser” is a coil of potential energy; it simmers with desire and then erupts with longing: “You’re my number one/ You’re the one I want/ And I’ve turned down every hand/ That has beckoned me to come.” It’s a song born of pure, single-minded yearning; like her former tourmate, Lorde, Mitski revs for the green light, burns for the chance to race ahead for the thing she wants most. But if that song’s all promise, the closing “Two Slow Dancers” studies a dream deferred. Here, two ex-flames linger at a high school reunion, and wonder together about roads not taken. This is an album that chronicles all the what-ifs and if-onlys; its characters wish they were different, nurse disappointments that were either doled out by fate or achingly self-inflicted, and daydream of a parallel universe where—for all they can imagine—everything worked out perfectly.

It’s an exacting account of insecurities and regrets; an anthology of heavy emotional blows, mundane realizations with shattering consequences. Take the character in “Lonesome Love,” offering a plainspoken confession that spends just four terse lines moving from self-confidence to total deflation: “Walk up in my high heels/ All high and mighty/ And you say, ‘Hello’/ And I lose.” There’s a level of clarity required in documenting such complicated emotional arcs so precisely, and that’s something Mitski has in abundance. Both as a singer and as writer she sticks to clean contours and crystalline presentation; there’s nowhere for her or her characters to hide, not even when they duck behind metaphor. “Toss your dirty shoes in my washing machine heart/ Baby, bang it up inside,” one song says, embracing someone else’s filthy laundry even while acknowledging the damage done. The album’s quintessence is another line from “Lonesome Love,” which feints toward a corrosive relationship but circles back to self-destruction: “Nobody butters me up like you, and/ Nobody fucks me like me,” Mitski sings.

Mercifully, her clarity cuts both ways: It makes the songs more gutting but it also makes the album more absorbing, the seamlessness in her craft impossible to miss. Possessing an ear for hooks, an easy way with melody, and an unassuming eclecticism, Mitski is a pop writer from the same school as Elvis Costello and Aimee Mann, carefully stitching together lyrics for maximum momentum and pairing them with cheerful tunes that don’t quite mask the underlying desperation. Her tunefulness is married to punk economy, with only two of its 13 songs cresting past three minutes. (Generally speaking, this tilt toward hardcore brevity is a welcome break from streaming-era bloat.) Within those tight parameters, she and her long-time producer Patrick Hyland offer a kaleidoscopic take on singer/songwriter classicism. The electric thrum that marked Puberty 2, her 2016 breakout, is pared down for a more keyboard-based sound, though she still kicks up a few mighty squalls on songs like the clenched rocker “Remember My Name,” providing a sonic link between her alternate realities and Lucy Dacus’ curated histories. “Geyser” settles her pure pop bona fides early on, setting a sweeping hook to big, chunky power chords in a way that almost guarantees a straight-faced Weezer cover version. Those songs brush up against the loping country gait of “Lonesome Love,” the honeyed melancholy of “Old Friend,” even the appealingly stiff, robotic funk of “Washing Machine Heart,” which splits the difference between Devo and Dirty Mind. “Nobody” tips its hat to Mitski’s soft rock dreams, opening with pensive piano before settling into a genial disco thump, but the biggest tell may be the nimble domesticity of “Me and My Husband,” a song that recalls no one so much as Paul McCartney—an artist with whom Mitski shares her knack for melodic and emotional directness.

The latter is a song so convivial, it may take a listen or two to realize that the singer is suffocating. “Me and my husband, we are doing better” she feebly offers, leaving the what-ifs and if-onlys painfully unspoken. Mitski has described the song as one of acceptance—a coming to terms with a marriage, a life, a sense of self that wasn’t necessarily part of the plan. “I bet all I have on that furrowed brow,” she admits, no longer enthralled by her steady marriage but also seeing no alternative, living and dying by the choices she’s made. And if that character’s trying to talk herself out of admitting heartache, the one in “A Pearl” takes the opposite approach, cherishing toxicity until it becomes her identity: “It’s just that I fell in love with a war…/ And it left a pearl in my head/ And I roll it around.” This self-awareness is a bracing counterpoint to the self-deceptions found elsewhere on the album, and if there’s any silver lining to these sad songs, maybe it’s that disillusionment is the first step toward healing. One of the album’s most visceral reality checks comes early on: “Why Didn’t You Stop Me?” charges ahead, squelchy synths building to peppy horns, as the singer acknowledges her part in a failed relationship—and wonders why her partner didn’t save her from herself. “I know that I ended it, but/ Why won’t you chase after me?” she sings. She has no one but herself to blame for the reality she’s been left with; as she says in another song, “I thought I’d traveled a long way/ But I had circled the same old sin.” To build a better world, a better self, requires clear-eyed recognition of the current one; and nobody promised it wasn’t gonna hurt.