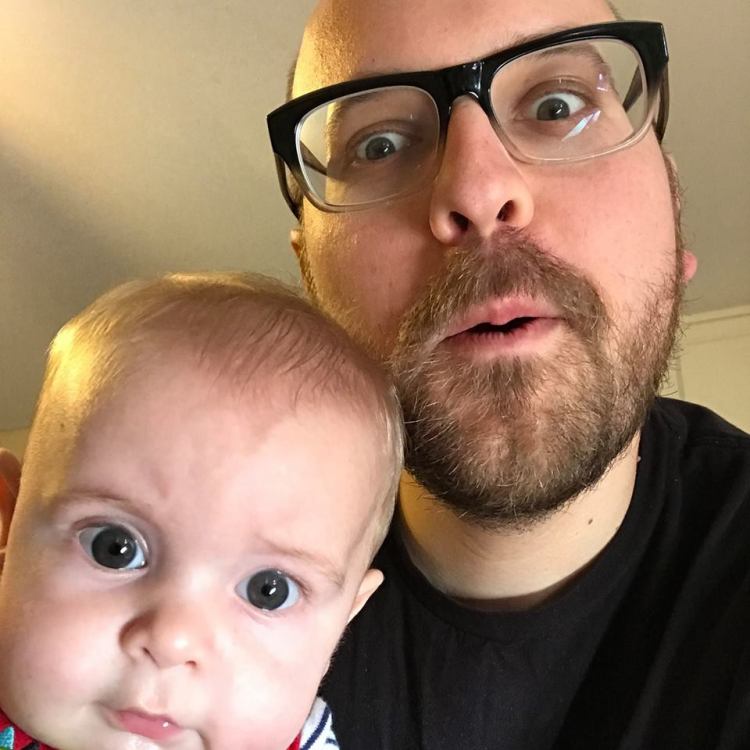 Josh Hurst has been a professional word wrangler since 2000. He lives in Knoxville, TN with his wife, Kati, and three sons, Henry, Dylan, and Wyatt.

Apple Music
Josh started curating playlists for Beats Music in 2014, and was part of the creative team’s transition to Apple Music. He also writes album blurbs and descriptions for iTunes.

Grammar Chic, Inc.
Since 2011, Josh has worked as a writer, editor, strategist, consultant, and occasional client confessor/therapist for Grammar Chic, Inc., a full-service writing company that provides social media marketing, ghostwriting, blogging, academic services, resume preparation, and copyediting. As the company’s senior-most writer and strategist, Josh has ghostwritten articles that have appeared in The Huffington Post and The Washington Post— though you’ll have to take his word for it.

FLOOD Magazine
Beginning in fall 2015, Josh began writing about TV and books for the arts-and-culture publication FLOOD Magazine; in 2016, he became a staff music critic.

In Review Online
In 2019, Josh launched a monthly column at In Review Online, focusing on both current and canonical releases in the country and Americana space. Titled “Rooted and Restless,” the column is co-authored with the great Jonathan Keefe.

Freelance Work
As a freelance journalist, Josh has written about music, film, television, and literature for the Los Angeles Philharmonic, Nashville Scene, Relevant Magazine, Image Journal, True Tunes, and Rise Up Daily.  His work has also appeared in various regional newspapers and blogs, including Looking Closer with Jeffrey Overstreet.

Other
Josh obsessively listens to records, takes his wife to the movies, plays board games, reads books, and enjoys the exquisite mountain views afforded by the Knoxville, TN area. He tweets @joshhurst.