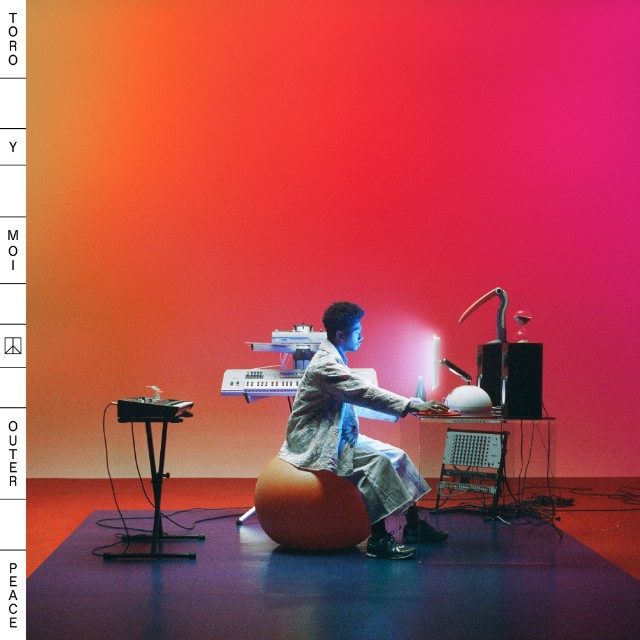 Streaming platforms haven’t just changed the way we consume music; they have imposed a new set of aesthetic assumptions on how music is produced, optimized to provide a sense of discovery but also a comforting familiarity. At its worst, this new set of values can metastasize into what critic Jon Caramanica derides as “Spotify-core”—a milquetoast mélange of tepid R&B, middle-of-the-road pop, sleepy electronica, and anonymous folk. It’s an algorithmic blend designed as lifestyle music—airbrushed eclecticism that can be turned on and then tuned out, the unobtrusive soundtrack to daily chores or errands. But what if there is a version of the streaming ethos that perfects the underlying value proposition, offering off-handed variety, glistening surfaces, and compositions that work as mood music but also reward closer scrutiny? And what if—and try to keep an open mind here—you could do it not with a playlist but with a traditional album, short, sweet, and to the point? Leave it to Chaz Bear—the synth-pop maestro behind Toro y Moi—to pull it off.

You could make an argument for Bear as an early adopter of the streaming ethos; as far back as 2011’s sublime Underneath the Pines, he seamlessly merged bedroom acoustics with wispy Beach Boys harmonies, DIY electronic effects, and an unerring instinct for earworms, camouflaging his playful invention with a shimmering, luxurious sheen. He’s been both refining his approach and trending pop-ward ever since, and the new Outer Peace feels as tight, as tidy, and as tuneful as any Toro y Moi record yet. It’s a modest but appealing confection that embraces the boundaryless nature of music consumption in the digital world, and its breadth and virtuosity hide in plain sight behind its placid exteriors. Bear’s gift is in retrofitting the porous ambiance of an effective playlist to the scrupulous construction of the album format, and the most conservative features of Outer Peace also happen to be its most bracing: Consider its 10-song, 30-minute programming, which feels like the relic of a bygone era; listen to how Bear ends the record with the piano-and-Autotune power ballad “50-50,” pop so earnest and straightforward it feels like a tectonic shift following all gentle weirdness that proceeds it.

That weirdness comes from Bear’s hodgepodge assembly of sounds and influences, pieced together with musical and emotional logic that help the album go down smooth. The ideal for any Toro y Moi song is something that works equally well as pop or simply as a vibe, and the best songs here land squarely in both camps. Listen to the carefully-orchestrated elevator exotica of “Fading,” where tinkling chimes and chintzy percussion offset the red-bloodedness of Bear’s ecstatic, Prince-ly woops and wails. “Ordinary Pleasures” starts from a place of zen—you’ll hear the calming sound of gently running water—before it settles into am amiable uptown groove. “Laws of the Universe” reveals a composer whose love of dance music runs through the populist nostalgia of Daft Punk, and whose crate-digging geekery leaves room for in-jokes about LCD Soundsystem. “Miss Me,” a haunted chillwave ballad with guest vocals from Abra, is a master class in evocation; it sounds like its decomposing in real time, the song’s bitter sadness consuming it from the inside out. And “Freelance” is a testament to how Bear makes even his quirkiest moments feel graceful; a vocal stammer provides the song with its indelible hiccup of a hook.

The album is too small, too unassuming, too caught up in its ordinary pleasures to qualify as a statement—and Bear doesn’t intend it as one. Think of it more as a Choose Your Own Adventure, a record that lets you decide how you want to use it. “This record is a response to how disposable culture has become and how it affects creativity,” he’s stated. “While listening, you might pay attention or ignore—either way that’s ok, this is music for a creative mind.” So, it’s a low-key party album for introverts, or a fecund marinade for wandering minds, or both—lifestyle music for anyone who wants the freedom to just let songs wash over them, crafted with enough detail and care to reward anyone who listens closely.