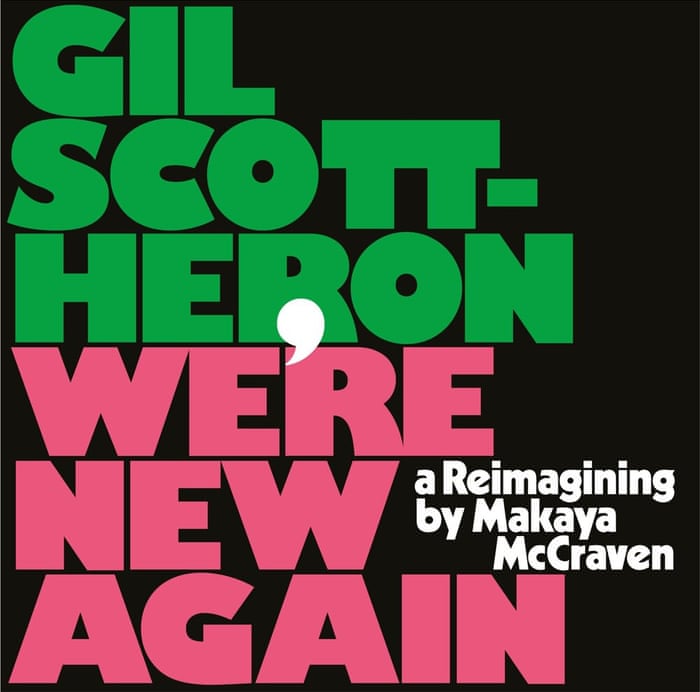 Was there ever really a home for Gil Scott-Heron? Throughout his abbreviated life he seemed to pine for one, even as he harborded disbelief that such a place could ever exist. In his seminal albums from the 1970s— outpourings of conscience and lament— the poet-singer bore witness against racial and economic injustice like a wild voice in the wilderness; a citizen of the promised land who knew he’d be forever estranged from its abundance. He was alienated not just from his country, but from himself. One famous song posited that “Home is Where the Hatred Is,” an admission that for a lifelong addict there’s no haven to be found; no shelter from the treacheries of the flesh. Home sounded equally unattainable some 40 years later, when an album called I’m New Here reflected on a life spent on the run. (“Not running for cover/ because if I knew where cover was/ I would stay there and never have to run for it,” he reasoned.) Much of that album was devoted to the strong women who raised him, gave him peace and shelter, provided him with light unto his path and a foundation of love and support. But still he ran. A year later, he was dead from the complications of HIV and years of substance abuse. A perpetual prodigal, a lifelong exilee. Did he ever find cover? Did he ever find home?

The sense of displacement Scott-Heron embodied in life— and the unsettledness he conjured in his music— makes him a strangely perfect candidate for a project like We’re New Again, which marks the third distinct presentation of his I’m New Here material. The original album was made in tandem with producer Richard Russell, who adorned Scott-Heron’s creaky intonations in spectral electronics. We’re New Here, an album-length remix from Jamie xx, was released just a year later. We’re New Again is the latest tribute to Scott-Heron as a man fraying at the edges; a scruffy character whose life and work were proudly unvarnished and unfinished, and whose legacy exists not as settled business but as a set of open questions ripe for relitigation. At the helm this time is drummer/composer Makaya McCraven, one of our great jazz visionaries. It’s not quite right to call McCraven’s album a remix. It’s a full reimagining, using the late poet’s final recorded words as building blocks but stacking them against a rich backdrop of live performance and convincing post-production effects. One of the most famous Gil Scott-Heron records is called Pieces of a Man, and that’s still what’s on offer today: Shards of a beautiful man and a broken life, submitted to us as runes to be reassessed and reassembled.

As Mark Richardson notes, “McCraven brings Scott-Heron’s work down to earth and situates it in a milieu the elder artist would have recognized,” running the gamut from spirited soul-jazz to lived-in blues. It feels more in-tune with Scott-Heron’s black music affinities than either of the albums that preceded it. And yet, in McCraven’s splicing, dicing, sampling, and imaginative recontextualizations, it also bears witness to Scott-Heron as a forward thinker and hip-hop originator. It’s a smart positioning for Scott-Heron’s legacy, and it’s an advantageous setting for McCraven. He’s all but unmatched at weaving together grooves and textures and micro-moments into immersive suites of sound, an approach he blew up to epic lengths on Universal Beings. We’re New Again allows him to make similarly evocative music, but with Scott-Heron’s words as a focal point. McCraven and his collaborators (including Jeff Parker) rise to the occasion with both narrative clarity and disorientation: “Where Did the Night Go” is a trippy nightmare of trilling flutes and drum kit bluster, as gently unmooring as the Heffalumps and Woozles dream sequence from Winnie the Pooh. “Running” is set to an insistent hip-hop beat, McCraven’s timekeeping cruel and unrelenting. “I’ll Take Care of You,” Scott-Heron’s turn as a piano crooner, is presented in all its parched vulnerability; a declaration of fidelity that’s really an admission of raw need.

McCraven gives us stirring music and high drama, alternating between fleshed-out songs and fragmented soliloquies. But there is a real sense of thematic development here, empathy for Scott-Heron’s life spent on the lam. “Running” still feels like a thesis statement (“because the thing I fear cannot be escaped”). There’s also “The Crutch,” presented here as a distorted electric blues, a song for men who carefully evade the kindness of God or the universe (“when the world reached out, they chose to flee”). On I’m New Here, Scott-Heron gave us a tender reflection on the grandmother who raised him (“absolutely not your mail order, room service, typecast black grandmother”). McCraven divides it into four separate tracks, left scattered throughout the album like breadcrumbs. There’s also the “I’m New Here” theme, recurring on multiple songs as a reminder that there’s never any wanderer who’s strayed too far (“no matter how far wrong you’ve gone/ you can always turn around”). But McCraven gives the last word to “Me and the Devil,” Scott-Heron’s take on Robert Johnson. Amidst gnarled guitars and swaggering brass, Scott-Heron warns against the Evil One. There is always something to run from.