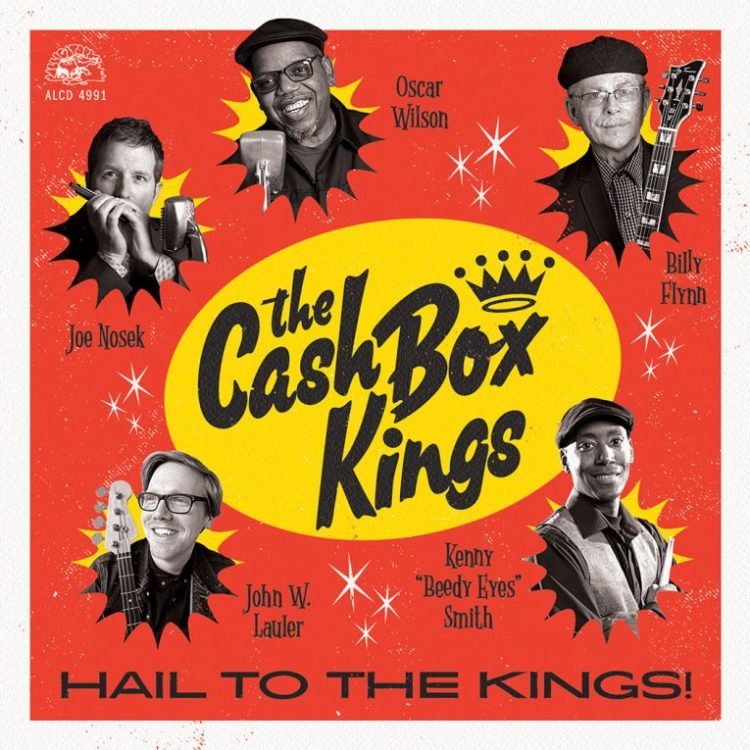 When Adia Victoria released her album Silences— a chilling, modernistic reworking of Southern blues tropes— she framed it with a simple statement of purpose. “I want to make the blues dangerous again,” she told The New York Times. (Mission accomplished.) You just barely have to read between the lines of that manifesto to find the implicit critique of her chosen idiom, an insinuation that contemporary blues records have largely become comfortable, anodyne, and predictable.

But what if predictability has its own rewards? Listen to Baby, Please Come Home, the latest album from stalwart bluesman Jimmie Vaughan, and you just might be persuaded. In a relaxed set of quasi-obscurities from the blues canon, Vaughan leads a crack band (complete with brass) through rolling, after-hours ballads and prickly, Chicago-style raves. All of it has the easy flow of a weeknight set at the local juke joint, to the point that you’ll hardly notice when Vaughan slips a couple of live recordings in with the studio cuts.

It sounds basically like it could have been released at any point over the last 50 years, which happens to be how long Vaughan has been making music. His depth of expertise plays out in songs that follow familiar beats, and where rough edges have been sanded down into smooth contours. That’s not to say the record wants for electricity, but Vaughan is enough of a pro to understand the difference between showmanship and showboating: In the opening title cut, he inserts barbed-wire electric guitar frills between cheerful outbursts from the horn section, his pyrotechnics never threatening the song’s supple groove; when he does erupt into a solo, it’s clean, tuneful, and dexterous.

This is blues as comfort food: Because you know all the marks well in advance, it’s easy to appreciate how ably Vaughan hits them. And if there’s tremendous power in Adia Victoria’s blues-as-exorcism, there are humble but nourishing pleasures in the way Vaughan transmutes the agony of love and the desolation of heartache into songs so casually, stoically joyful. In “Just a Game,” he’s content to croon rather than wail his blues, a mode he sticks to for most of the album; he’s more at ease playing the seducer than the shaman. In “Midnight Hour,” when he tells you he cried the whole night long, you’ll believe him, but you’ll also believe he’ll get over it. And in “I’m Still in Love with You,” amid humming organ and brushed percussion, he professes romantic devotion in terms that are convincingly ordinary and everyday.

Blues music can be the most conservative of genres, often entangled in ideals of purity and authenticity. But it’s also an idiom that rewards connoisseurship; the more you know the tried-and-true playbook, the more you value refinement of craft when you hear it. Vaughan’s professionalism helps him to smoothly unfurl a catholic vision of the blues, one with enough space for both sly curveballs (simmering organ and crisp snare pops make “Hold It” a soulful instrumental vamp in the “Green Onions” vein) and feats of interpretation (Lefty Frizzel’s twangy “No One to Talk To [But the Blues]” is reimagined as moaning doo-wop). But the most substantial delights come from the warm chemistry of the band, nimbly navigating rhythms they know by heart. The closing “Baby, What’s Wrong” snarls and struts, swings and sways; it exhibits the deftness of bluesmen whose joy just gets deeper with time.

Another album to ratify the familiar pleasures of Chicago-style blues is Hail to the Kings!, roughly the seventh album from the Windy City’s own Cash Box Kings (give or take some live releases). This is a homegrown blues posse that’s happily devoid of mystique; they’re never anything less than friendly and unpretentious, and when they title a song “Bluesman Next Door,” it sounds like the perfect summary of their innate modesty. But don’t take their amiability for toothlessness: Hail to the Kings! is a loud and raucous good time, the beer-soaked, after-hours barnburner to Jimmie Vaughan’s elegant showstopper.

Like Vaughan, the Kings view blues music as the mouth of the river, but are unafraid to trace its various tributaries. Opener “Ain’t No Fun (When the Rabbit Got the Gun)” kicks off with a Church Berry guitar riff that quickly morphs into a jostling jump blues, complete with gritty Little Walter-style harmonica blasts from Joe Nosek; it sounds like both a faithful adaptation and a gentle remix of golden-era Chess Records. But if The Cash Box Kings are respectful of tradition, it’s never at the expense of good humor. Shemekia Copeland stops by for a bawdy duet called “The Wine Talkin,’” where two lovers scramble to make boozy excuses for their questionable decisions. Over the greasy grind and barroom piano of “Smoked Jowl Blues,” singer Oscar Wilson gets frisky about breakfast food, and leans into down-home ad-libs (“it ain’t nothin’ but bacon from a hog’s jaw, baby”). And in “Joe, You Ain’t from Chicago,” a jaunty Bo Diddley jam, Wilson and Nosek compete to see who’s the realest Chicagoan; would it surprise you to know that their points of contention are largely related to the city’s hallowed eating establishments?

The Cash Box Kings are faithful stewards of a lineage, but they also know how to accommodate modernity in ways both clever and courageous. In the former category there’s the album-closing “The Wrong Number,” an old-timey shuffle that chronicles text message (not landline) miscommunication. And as for the latter, listen to “Bluesman Next Door,” a study in not-in-my-backyard syndrome; Wilson bears witness to the hypocrisy of white audiences who celebrate black musicians on stage, but go deaf and blind with regard to real-life injustices that surround them. The song’s documentation of American racism is pointed enough to include the words “plantation” and “slavery.” Most blistering of all is “Jon Burge Blues,” a hometown protest number about a dirty cop who tortured the city’s black residents; it’s withering enough to cast a shadow over the rest of the album, contextualizing the rowdy good times and the downcast numbers alike. It’s why they sing the blues, and evidence enough that even a “predictable” blues album can pack substantive surprises.