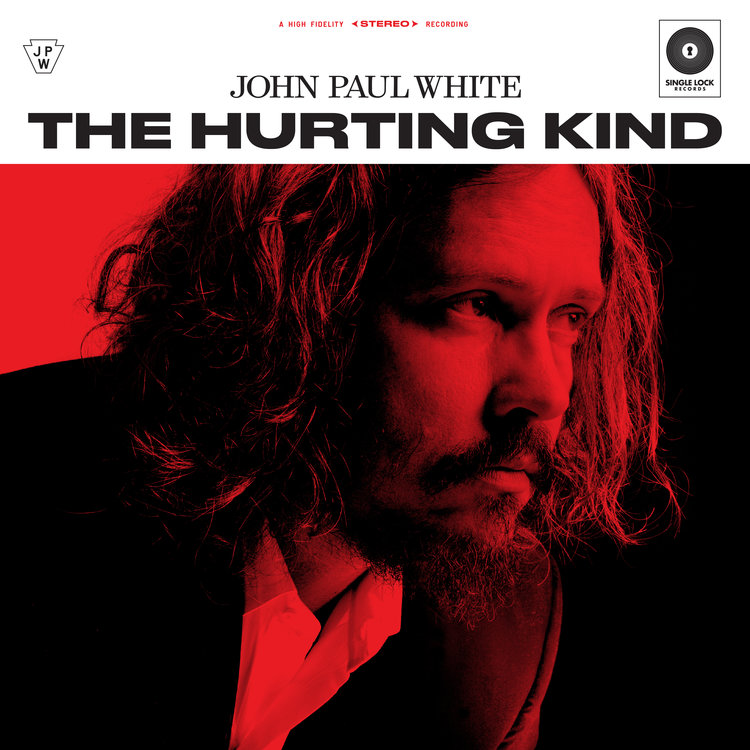 “Darling, if we find a time machine/ the past’s the last thing that I want to see.” John Paul White sings those words on “Yesterday’s Love,” a tear-stained honky tonk number at the center of his handsome new collection The Hurting Kind, and at first the admission may baffle you. Certainly it sounds a little odd for White to eschew the good ol’ days in the middle of an album obviously and explicitly modeled on the values and aesthetics of a bygone era. “I had been burying my head in ‘countrypolitan’ stuff like Jim Reeves and Patsy Cline and early Roy Orbison, and a lot of Chet Atkins and Bill Porter records,” the singer explains. “I think I was doing that because I was looking for that style of music in today’s world, and for any artist doing that type of thing. Then I decided to make the kind of record that I wanted to sit down and listen to – one that I’ve been looking for and can’t find.” Chasing classicism, White schooled himself in vintage Nashville songsmithing, working closely with veteran pens like Bobby Braddock and Bill Anderson– writers whose formal inventions have become established conventions– as well as keepers of the flame like Jamey Johnson. The resulting 10 songs find the jagged emotion within supple craft, and White adorns them with all the right period detail– twinkling barroom piano, weeping pedal steel, guitars and drums, even the occasional swell of a string section. It’s an album steeped in history, yet it isn’t exactly a time machine. “While you try and chase the fading sun/ Oh, don’t you know it sets on everyone?” White asks; invoking the past while bristling against nostalgia, The Hurting Kind gleans lessons from days gone by while acknowledging the folly in trying to turn back the clock.

If White’s wrong about anything, it’s that they don’t make albums like this anymore. You can slot The Hurting Kind on the shelf beside Ashley Monroe’s Sparrow, Alison Krauss’ Windy City, perhaps even Bruce Springsteen’s Western Stars— albums that move away from the austerity-as-authenticity ethos and suggest that lushness can be just as honest, just as sophisticated, and just as historical as music that’s made to be bare-bones and unadorned. White’s devotion to sturdy craft pays off with full-bodied arrangements that haul his emotional truths to the surface rather than burying them under schmaltz and polish; it’s a work of excavation, and White, along with co-producer Ben Tanner, employs sumptuous studio arrangements with scalpel precision, offering them as their own kind of emotional plainspeak. That’s the whole point of “I Wish I Could Write You a Song,” where the object of White’s affection is literally too beloved for words. (You might be reminded of Bob Dylan’s line: “All my powers of expression, I thought to sublime/ Could never do you justice in reason or rhyme.”) She deserves a masterpiece while he can’t even nail down a single verse to capture her splendor– so instead he offers this seething fever dream of lovestruck wonder and writers-blocked frustration, where ultimately it’s the lush color of the band that articulates what words can’t. (His robust voice, one of the best in country music, helps.) Meanwhile, the wounded closer “My Dreams Have All Come True” hijacks both the musical and lyrical vocabularies of Roy Orbison for a slo-mo, operatic trauma; acknowledging a relationship’s collapse, White sighs that it’s a reality sprung straight from his nightmares. Ghostly steel guitar flickers at the song’s periphery; it sounds like a house slowly evaporating into cinder and smoke.

The Hurting Kind is a record that’s respectful of tradition but skeptical of sentiment and memory– and you’ll hear all the proof you need in “James.” The sparest moment on the record, it’s mostly just White picking his guitar and quietly bearing witness to an aging Marine whose faculties are failing him; he can remember his drill instruction but he’s not entirely clear of your name, and White’s tender narration captures the sad resignation of a man whose sense of himself is slowly being whittled down to “odd bits and pieces.” He’s not the only character on the album who’s trying to maintain his bearings amidst time’s merciless churn. Lee Ann Womack stops by to  share romantic war wounds in an opulent, Grand Old Opry-style duet called “This Isn’t Gonna End Well”– as in, “when you kiss me I can tell this isn’t going to end well,” an admission that past heartaches yield a truncated future. White also has a gift for preserving moments of tension: Listen to the prickly “The Long Way Home,” where a travelling troubadour’s suitcase full of songs takes him farther and farther from his family. It’s a song born of friction, and White sings it like a man grasping for domesticity like a rope being jerked through his hands. Most harrowing of all is “The Hurting Kind,” which sensitively chronicles a woman trapped in an abusive marriage. “Love is hard to find/ but your love’s the hurting kind,” whispers White; with no salvation on the horizon, all she can do is retrace the steps that led her here, over and over in her head.

You can tell from White’s traditionalism that he understands the allure of golden-age thinking; and you can tell from the way his songs litigate nostalgia and question linear memory that he doesn’t quite trust it. He airs his incredulity in “Yesterday’s Love,” where “the good old days, well, they’re good and gone.” But his most withering critique of sentimentality comes amidst the sawing fiddles and ringing guitars of “The Good Old Days,” a study in human progress; noting that we’ve come so far and still have so far to go in realizing “the true and equal worth of every woman and every man,” White calls bullshit on back-in-my-day moralizing. “The past is ash and dust/ our best days are in front of us,” he pledges. He’s taking the long view, imagining an arc of history that ultimately bends toward justice. But until it does, we’re caught in time’s riptide, just trying our best to hang on. And if country music has taught us anything, it’s that sooner or later time makes fools of us all.