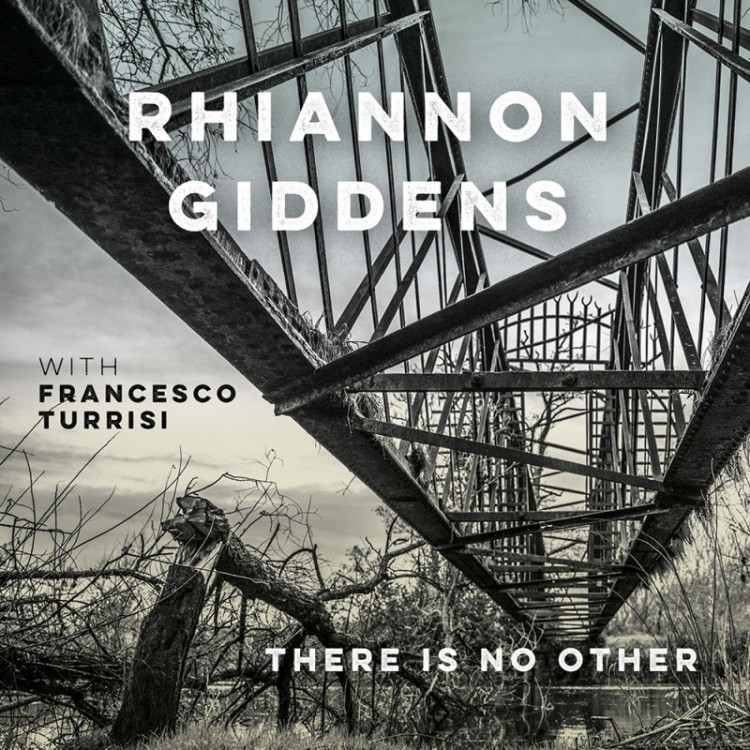 There’s a righteous word for the third Rhiannon Giddens album, made available to us by the Anglican priest Oliver O’Donovan. Litigating the ethical demands of Jesus Christ, O’Donovan writes, “Xenophilia has been commanded us: the neighbor whom we are to love is the foreigner whom we encounter on the road.” That same spirit of xenophilia emanates from there is no Other, nothing if not an exercise in radical neighborliness. Your first clue is the album title (including its stylized capitalization), a declarative statement with an attending moral imperative: Giddens conceived the album as a rebuke to othering, which tells us to fear the sidelined Samaritan, the wayfaring stranger, the alien and the immigrant in our midst; to apprehend their humanity as discrete from our own, if indeed we acknowledge it at all. Xenophilia offers no quarter for such separations, requiring not just that we affirm humanity when we see it but that we actively seek ways to esteem it. It asks us to maximize our moral bandwidth, perceiving every person we encounter as a neighbor to be welcomed and embraced. That’s a tall order, but Giddens’ album rises to the occasion, never preaching its point but proving it both formally and aesthetically. There is no Other amounts to an oral history of the cosmic neighborhood we share together, pieced together from porous and borderless folk traditions, sounds and cultures that bleed into one another, roots that run deep and in perpetual entanglement.  These songs come from street corners and mountain hollers, from juke joints and royal opera halls. They revel in the overlap of regional vernaculars, standing in defiance of taxonomy and hierarchy. They offer a multitude of ancient and not-so-ancient witnesses, attesting to the interconnectedness of human experience.

Giddens made the record with Italian virtuoso Francesco Turrisi, whose piano, accordion, and hand percussion accompany her array of stringed instruments; on four songs, they are joined by Kate Ellis on cello and viola. There are historic links between the folk instruments employed, and deep connections between the American and Mediterranean idioms they articulate, but you don’t have to be a musicologist to pick up on the spirit of fluidity and cultural cross-pollination; indeed, what’s always made Giddens so effective as a folklorist is that she values ancient texts not for their amber preserve, but for their mutability. “Gonna Write Me a Letter” is an old bluegrass rag, here dominated by Turrisi’s clamorous frame drum; the song’s cast in a low-end rumble that feels closer to the speaker-shaking dynamics of hip-hop than to the high-and-lonesome key of a string band. That same jostling physicality can be heard on “Pizzica di San Vito,” a buoyant dance number performed here with locomotive momentum, Giddens bouncing crisp Italian syllables off one another as Turrisi’s jangling percussion provides rattle and thrum. That’s not the only song that leans on Giddens’ apprenticeship in the opera; she sings everything here with magisterial command and regal phrasing, not least a couple of actual opera tunes. The famous “Black Swan” aria sounds less like a theater piece than a weird backwoods fairy tale, ominous and grim, while “Trees on the Mountain,” from Floyd Carlisle’s Susannah, transmutes the flair of the theater into the dusty plainspeak of folk music. Such boundaryless invention abounds on there is no Other, where Giddens and Turrisi rough up their classical music with the gutter panache of rock and roll, cast Appalachian tunes with a Middle Eastern canter, bathe jigs and rambles in a mystic glow, and make show tunes sound raucous and earthy. It’s no surprise at all that the album sessions were overseen by producer Joe Henry, unparalleled as a wayfinder along the haunted back roads of folk tradition; indeed, the most helpful antecedents for this record might be The Bright Mississippi and American Tunes, a pair of uncircumscribed reckonings with jazz-as-folklore that Henry made with Allen Toussaint, the latter album enhanced by two show-stopping vocal assists from Giddens herself.

The revelation in all of this is that songs and folk grammars are bridges to one another, entryways and corridors in the neighborhood we inhabit; that there’s ultimately no such thing as island or isolation. (“This ain’t no archipelago,” Andrew Bird might hasten to add.) Giddens makes that point explicit in her original “Ten Thousand Voices,” a dirge that drones and swirls like Arabic music and introduces the album with a web of mutuality; the songs we sing and stories we tell are but pieces of a larger mosaic, it suggests. A few of these songs present us with immigrant encounters. Another original, “I’m on My Way,” has a co-writing credit from Henry; it’s a vagabond’s clanging blues, finding meaning in the journey even as the destination remains unsure. (“I’ve only got the taste for something sweet as time/ Not bottled on the table but still hanging on the vine.”) Giddens also sings the standard “Wayfaring Stranger,” long the anthem of pilgrims making progress, here rising from the steady pluck of a minstrel banjo to the misty splendor of Turrisi’s accordion. It would almost be perplexing if this album didn’t have a song or two associated with Nina Simone, still the patron saint and north star for any artist whose aim is to evade being captured by category, and a thumping take on “Brown Baby” feels like the record’s linchpin; it’s the plea of a mother who hopes to leave her child with a better world, when the only inheritance she can really offer is the song itself, ratified anew by one generation after another. A pair of instrumentals speak volumes, in particular Giddens’ title track, where banjo and frame drum sparkle with symbiosis, completing each other’s sentences. And in “He Will See You Through,” the closing hymn of perseverance and preservation, Giddens does for church music what she does elsewhere for opera, stripping it of ritual to reveal the emotional utility and ancient wisdom at its core.

Indeed, maybe ancient wisdom is another helpful way of receiving this record. Describing the culture of America in the 1960s, Joan Didion wrote that it was a time when “no one at all seemed to have any memory or mooring.” It’s hard to imagine a markedly improved prognosis today, but there is no Other offers grounding and connection; to a birthright of songs that exist beyond boundaries, and to the only neighborhood in which such songs could ever grow.