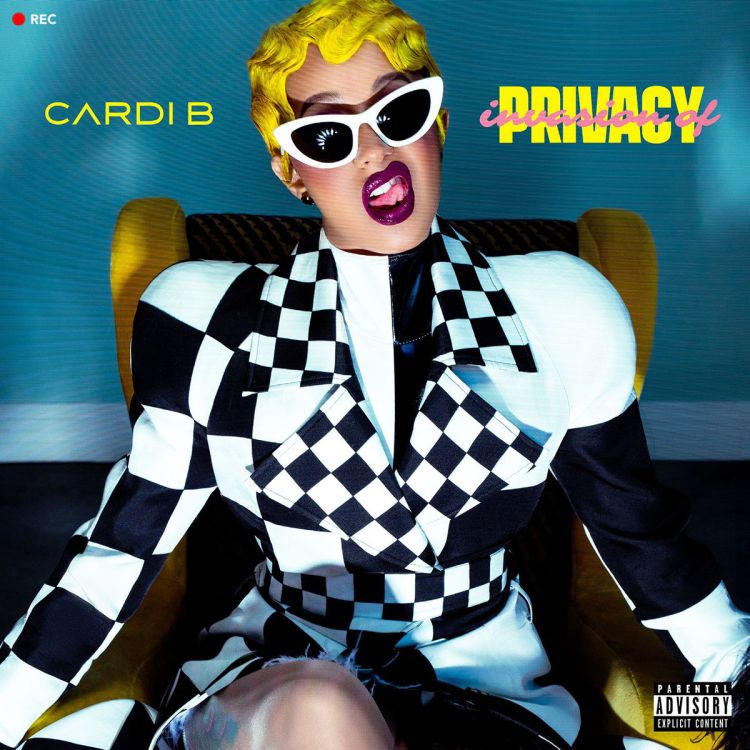 On her debut album, Invasion of Privacy, Cardi B raps that she was “made for this.” It sounds like a brag, but if anything, the typically cocksure MC is selling herself short. A relatively new kind of celebrity, Cardi B leveraged Instagram infamy for reality TV stardom before “Bodak Yellow” vaulted her into hip-hop’s upper echelon; even her haters won’t deny that she has God-given charisma, immense personal magnetism, and innate media savvy. What impresses the most about Invasion of Privacy, though, is how self­-made she sounds. Cardi kicked the album down the road a few times, delaying its release so that she could truly become a student of hip-hop—not just its culture, but its mechanics. She’s also spoken openly about working with ghostwriters, something that many rappers would decry as inauthentic. For Cardi, though, it’s a sign of her hustle: She’s made herself an apprentice in order to get really good, and really good she’s become. She’s got an encyclopedia of flows—compare her playful Caribbean lilt on “Be Careful” with the crisp, percussive boasts of “Money Bag.” At 25, she’s somehow old enough to remember when MCs filled their bars with jokes, in sharp contrast to the moodiness that’s settled over hip-hop in the streaming (read: Drake) era. (MVP zinger: “My little 15 minutes lasting long as hell.”) And her technical finesse isn’t the only way in which Invasion of Privacy feels classicist: It runs a relatively lean 13 songs with a clear opener (“Get Up 10,” an explosive scene-setter) and a definitive ending (“I Do,” a scorching, what-more-could-she-say denouement), all of which feels oddly out of place amidst the album-as-playlist ethos of Post Malone and Migos. It’s almost surprising that there aren’t any skits here, so vividly it recalls the glory days of mid-2000s rap blockbusters, yet there’s never a sense that Cardi’s a throwback; she’s simply studied up, made the effort to give her music a strong foundation of history and craft. “What bitch working hard as me?” she asked when “Bodak Yellow” first dropped, and she’s been backing it up ever since.

By doing the work and honing her chops, Cardi’s made a debut that’s self-assured, multi-dimensional, and consistently entertaining—but more than that, she’s developed the vocabulary she needs to tell her story, combining personal flair with a familiar vernacular. Her hip-hop scholarship goes deep enough that she can pull its most shop-worn tropes into her service; Invasion of Privacy is structured around her actual rags to riches story, and fame and money are invoked throughout not just for their material value, but as spiritual tokens, metaphors for how her self-made hustle has already born fruit. “Look, they gave a bitch two options/ Stripping or losing,” she says at the album’s outset, and it’s hard not to think of Jay Z’s famous don’t-try-this-at-home admonishments (“Like I told you sell drugs/ No, Hov did that/ So hopefully you won’t have to go through that.”) Hers is neither a cautionary tale nor a story for direct emulation; she’s merely testifying to her personal road to redemption. Aggressively vulgar and unrelentingly antagonistic, Cardi is conversant with hip-hop’s most combative strands, and on Invasion of Privacy she takes the genre’s most hallowed subject matter (i.e., why I’m doper than you) and bends it toward feminism. KRS-One famously compared hip-hop lyrics to “confidence sandwiches,” and Cardi’s come fully loaded; she’s done everything her male counterparts can do, backwards and in high heels, so she’s earned the right to clap back at Hov on “Drip” (“Anna Mae got cake by the pound,” she taunts, a belated but definitive answer to Jay’s controversial “Drunk in Love” line) and to offer a femme flip to Project Pat on “Bickenhead,” a song that weaponizes sex and has men getting played (“Spread them ass cheeks open, make that pussy crack a smile/ Lock your legs ‘round that nigga, make him give your ass a child”). On the chorus, Cardi laughs all the way to the bank: “Get some guap, guap, get some chicken/ guap guap, get some bread.”

Impeccable though she is in her old-school craft, Cardi’s no retro act. She’s perfectly comfortable with modernity, navigating trap beats and hazy sound effects on “Drip,” a Migos team-up that’s as good as anything on Culture II. (Takeoff’s speakerbox-rattling, doubled-timed verse is one of the year’s best, yet even he can’t steal the spotlight from Cardi.) And even though she’s mostly coloring within the lines, her oversized personality spills out all over the place: Witness the joyous energy of her boom-bap Bronx boogaloo, “I Like It,” where Cardi’s home-town pride is so infectious, the only term for it is roots music; she plays with dialect, with flow, and with history itself, flipping a Pete Rogriguez sample into something that’s of a piece with Latin pop circa 2018 but also proudly in hip-hop’s wheelhouse. “Best Life,” one of the album’s lynchpin tracks, brings Chance the Rapper on board to interrogate success and connect Cardi’s materialism to divine blessing; the song’s prosperity gospel isn’t as nuanced as what Chance offered on Coloring Book, yet it allows Cardi to bring a certain cosmic awareness to her rise-to-stardom story: “I got further than them hoes said I will ever get/ and that only goes to show that only God knows.”

Not that she’s too eager to share credit with the Almighty; “I did this on my own,” Cardi boasts, unashamedly self-made. But success is seldom uncomplicated, and Invasion of Privacy’s triumphalism leaves a little room for self-doubt. Behind its barreling aggression, “Money Bag” reveals the insecurities of a suddenly-rich person who frankly has no idea what to do with all her cash. Perhaps it is telling as well that on the most intimate song here, a slow crawl “Thru Your Phone,” the dominant emotion is mistrust. It’s worth noting that Invasion of Privacy came out around the same time as Kali Uchis’ Isolation, a declaration of independence but also a reminder that it’s lonely at the top. And, like Janelle Monae’s new Dirty Computer, Cardi’s record celebrates liberation but does so in the context of familiar traditions and institutions (in Monae’s case, actual elder statesmen, from Prince to Stevie to Brian Wilson, play pivotal roles throughout the album; in Cardi’s, the context is hip-hop orthodoxy). Invasion of Privacy asserts its auteur’s hustle and testifies to her unique point of view, even as it hints at both the cost of success and the tried-and-true structures needed to achieve it. Maybe, in the end, no one’s truly self-made after all.